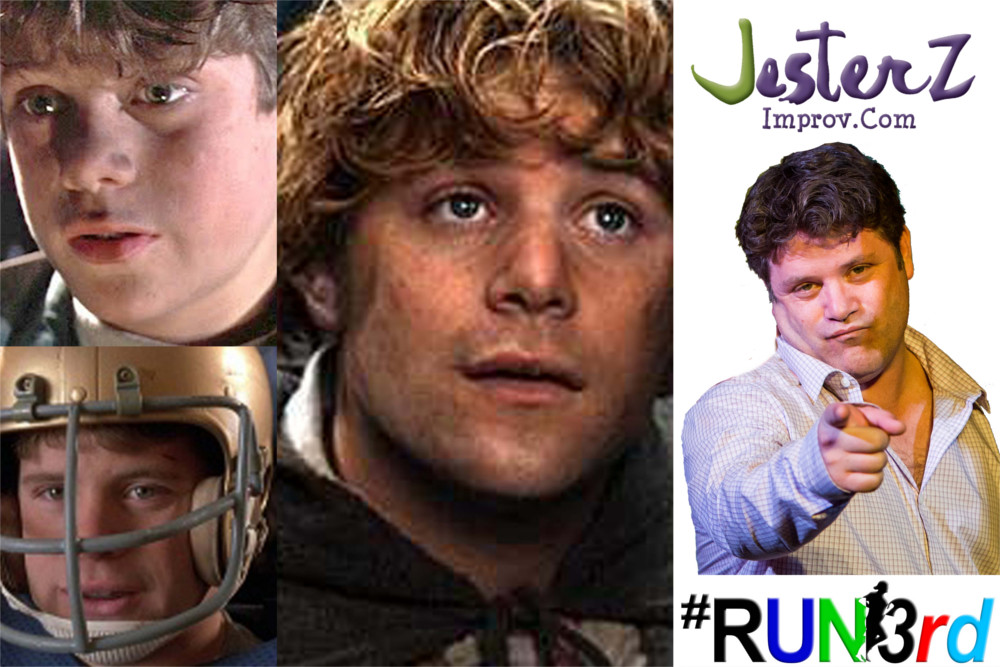 On the week that Stranger Things 2 came out on Netflix, it is reported that nearly 70 MILLION viewers watched as Sean Astin’s character: Bob Newby was introduced.  And as with all of Sean Astin’s movie characters, Bob was endearing enough to make you love him immediately.  Every character he plays is memorable: Mikey (Goonies), Samwise Gamgee (Lord Of The Rings – Trilogy), Daniell Reuttiger (Rudy), Doug (50 First Dates), and Marcus (Forever Strong) just to name a few.

Every encounter I’ve had with Sean has also been memorable.

Not because of who he is ON screen, but because of who he is OFF screen.  Sean is always mindful of others. So much so, that he started a Twitter #hashtag that encourages runners to think of someone else while they exercise. 4 years ago, Sean and Mindy Przeor utilized the hashtag #Run3rd5k to organize an official after-school running program for youth.  The first ever #Run3rd5k was born and JesterZ Improv has been the Title Sponsor since day one.  (Read More about Run3rd5k)

JesterZ improv is dedicated to bringing family and friends together to create positive memories through laughter.  In our classes (teens and adults) JesterZ teach confidence and commitment to choice.  It’s about supporting others and giving life to an idea and exploring it together.  We preach: “It’s not about you, it’s about them”… and when everyone has that as a focus, great things happen!!

On Friday March 23rd (2 weeks before the April 7th event) Sean will, once again, join the JesterZ Improv Main Stage Cast for a totally improvised comedy show! Nothing scripted – nothing memorized – everything hilarious! Taking suggestions from the audience (YOU) to create instant hilarity ON-THE-SPOT!!  It’s “Whose Line Is It, Anyway” meets Bob Newby, Superhero!!

JesterZ will donate proceeds from this event to participating schools to support (or start) running programs and provide equipment and running gear.  We want to help educate youth about health, about doing hard things, about creating routines to accomplish goals, about thinking outside of themselves, about caring.

We're sorry, but all tickets sales have ended because the event is expired.