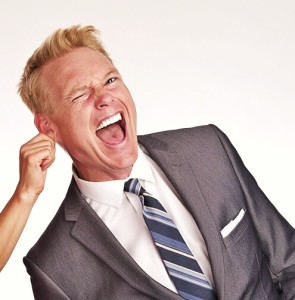 Local weatherman Cory McCloskey has proven his comedic prowess time and time again, both locally and nationally.  Improv, stand up, sketch, theatrical productions and most significantly, during his daily weather report. He is one funny guy!

We are excited to have him return once again to the JesterZ improv stage.  This time, not just for the fun and frivolity of it, but to film a pilot TV show for a local station with the Main Stage JesterZ cast.  Cory will appear as a special guest on Friday November 3, 2017 at the JesterZ Mesa Riverview Theater.  Tickets are $15 – all ages.

Don’t worry, these shows will still be the non-stop and fast-paced improv comedy show you are accustom to at JesterZ!  You won’t even know we are filming…  we just wanted to give you a heads up that you may get your face on TV while laughing and offering suggestions.

Jef Rawls (host and producer) and JesterZ Improv has had the good fortune to work with some of the latest (and even legendary) TV and Movie stars: Sean Astin (Stranger Things season 2, LOTR), Lindsey Stirling (Dancing with the Stars), Evie Clair (Americas Got Talent), Belle Jewel (The Voice), the entire cast of Studio C (YouTube, BYUtv), William Joseph (YouTube), Pat Finn (The Middle, I am Chris Farley) and Dick Van Dyke* (Mary Poppins, Diagnosis Murder) – just to name a few. 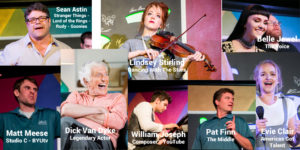 So join us for a night of hysterical situations that could help put JesterZ on TV!  Tickets are $15 for 90 min of improvised comedy that is great for all-ages.

While you wait for the show date to get here, watch the latest JesterZ video production featuring Cory McCloskey and Rosevelt Sings:

*did not appear on JesterZ stage.  Film an interview with Jef Rawls (JesterZ owner) about his career in comedy (coming soon!).